St. Dominic's R.C. Chapel, 93 Anstice Street, Oyster Bay, New York. All photographs taken by Meredith Maus of the Oyster Bay Main Street Association
December 6, 2014
Oyster Bay, New York - So many participants braved the rain to join us for the first leg of our journey, which began in St. Dominic's R.C. Chapel.  Participants began the tour seated in the pews learning a brief history of the church and its connection to the well known resident of Oyster Bay - Louis C. Tiffany. 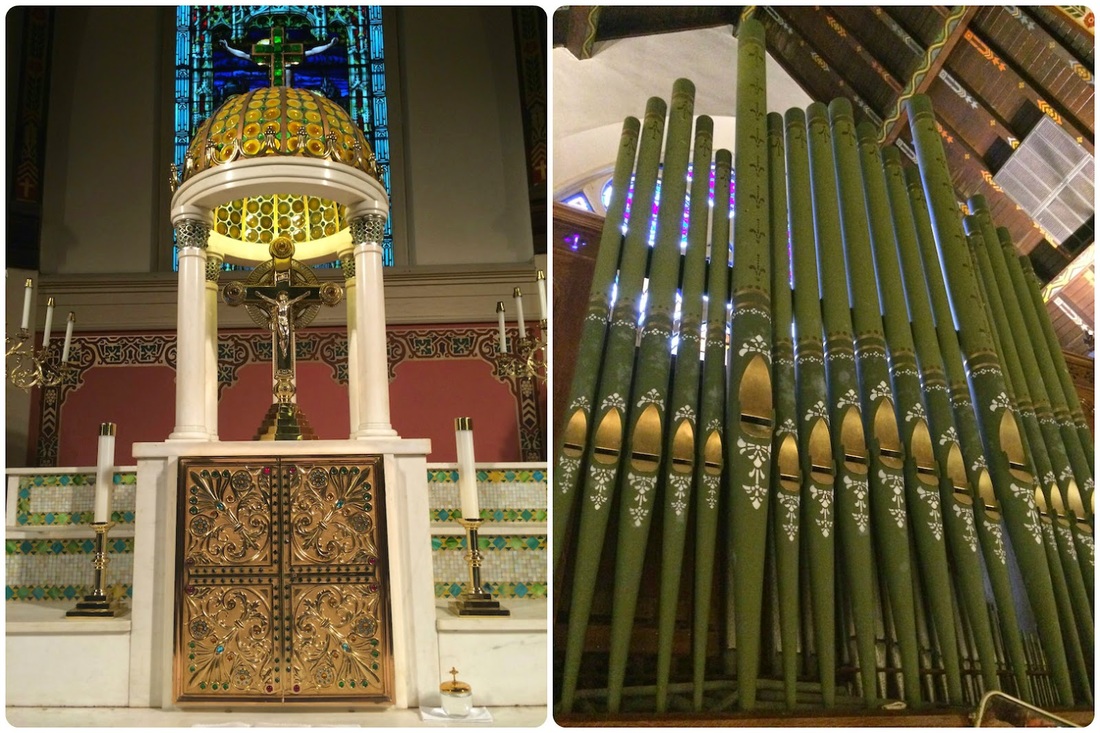 St. Dominic's Alter and Pipe Organ
Pieces all over the church have been examined by experts and almost conclusively determined to be the work of Tiffany, from its interior windows to the elaborate alter at the front of the church.  As the tour went on, participants were invited to take a closer look of the alter and even to venture to the balcony to take a closer look at - and play a few chords on - the church's beautiful organ.

Christ Church of Oyster Bay, 61 East Main Street, Oyster Bay, New York
We then made our way down the hill to our second stop of the trip - Christ Church of Oyster Bay.  The amazing thing about these churches is that despite their close proximity the architecture varies so drastically.  Upon entering Christ Church, participants were given a quick history of the church and shown several photographs of the church buildings that had stood on the site prior to the present one. The church's ties to Theodore Roosevelt and his family were also highlighted with several drawings and photographs from the President's funeral on display and perhaps most significantly the original pew where Roosevelt sat during his Sunday masses is still in tact.  Our gracious hosts also explained to the crowd the importance of the lay out of the church, which is in that of a cross, as well as the importance of the stories told in the stained glass windows.

The First Presbyterian Church of Oyster Bay
As we made our way to the final destination - The First Presbyterian Church of Oyster Bay - our group had noticeably grown in number.  Upon arrival, we were treated to a presentation and question and answer session by Pastor Jeffrey Prey on the history and architecture of this beautiful building, which was listed on the National Register of Historic Places in 1976.  Following Pastor Prey's talk, the Mount Olive Baptist Church's Gospel Choir took to the stage and regaled the crowd with several selections from their repertoire.  The music was breathtaking and a perfect way to bring this years Yuletide Church Walk to a close. 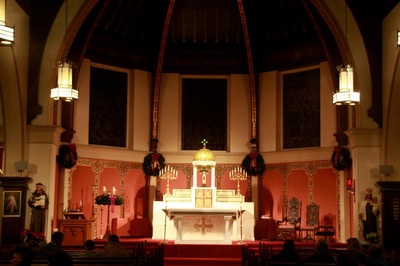 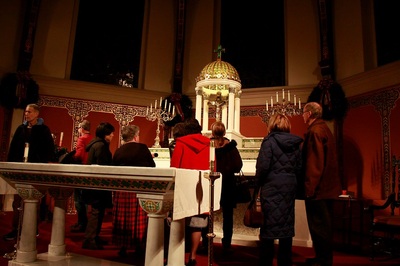 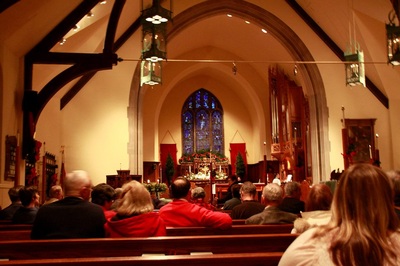 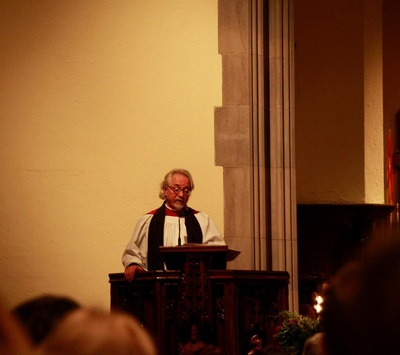 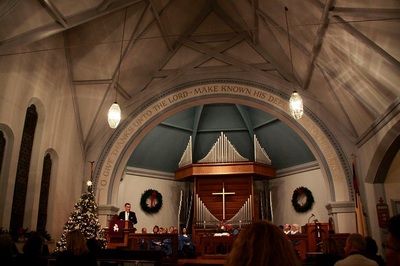 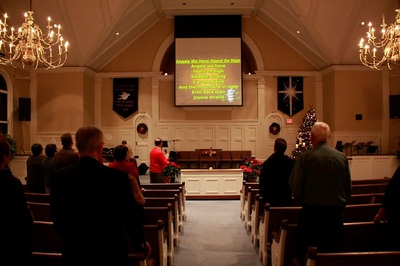